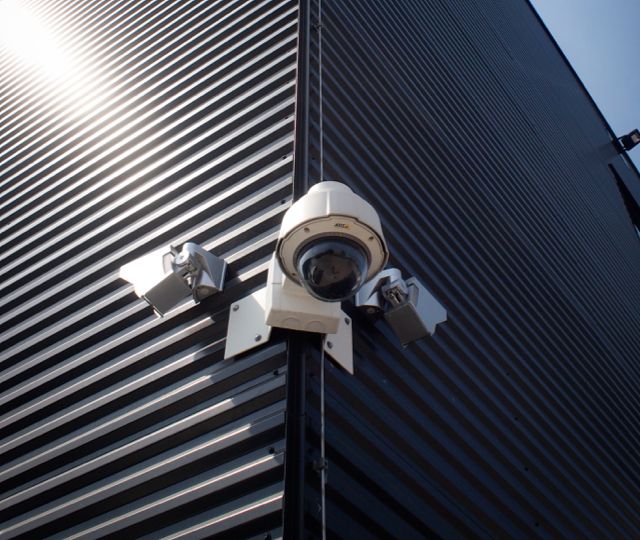 A well installed and reliable security camera system is indispensable when securing a corporate or private property. It is a fast and cost effective solution that makes it easy to remotely observe a complete site. Surveillance cameras can be applied to business premises, parking facilities, outdoor areas, perimeter boundaries and many more locations. Due to the different types of camera systems and expansion options available, you can find the right security camera for every situation at Bavak.

The market for security cameras is developing rapidly. On a very regular basis, new models are added, but these models all continue to exist according to the same form factor. The security cameras delivered by Bavak are ordered per project in the most recent technical version. Which camera is best suited for you depends on your situation and needs. Below is an example of the different shapes and types of security cameras.

These cameras can be installed quickly and easily. Various accessories make it easy to choose between indoor or outdoor mounting and the choice between wall, ceiling or pole mounting. The 'box' cameras can often be equipped with different lenses with which, for example, the focal length and angle of view can be determined in advance. In this way, the 'output' is optimally tuned to the need. There are also so-called bullet cameras. These work according to the same principle, which is a pre-set viewing direction, but have a fixed lens. The specifications of these cameras are often slightly lower than the larger box versions.

The 'collective name' is not chosen just like that, these panoramic cameras create a full panoramic image of the environment where the camera is used by means of different lenses in a housing. This can be an advantage in stadiums where crowd management plays a role, or large warehouses or other areas where a lot of space has to be 'seen' and watched at once. The advantage for you, one camera will replace 'a few cameras', resulting in less purchase and maintenance costs.

A thermal camera is less sensitive to problems with lighting conditions, such as shadows, backlight, darkness and even camouflaged objects; and provides images that allow operators to detect and act on suspicious activity - 24 hours a day, seven days a week. The thermal cameras are often used in locations where the regular camera does not have enough light to detect people. A thermal camera does not need any light at all, but it does need (measured) heat, which is emitted by every person.

In addition, thermal cameras can be used in locations where there is fire-sensitive storage. When the temperature, in a preset sector, suddenly rises according to a preset perception, the camera gives an alarm signal.

The dome cameras often come across as less intimidating than the other forms. This is because with the dome camera one can not see where the camera is looking at. Another advantage of the dome camera is that it can often look 360 degrees 'around'. In some versions this is permanently the case, and in others the camera must be directed in a different direction via a joystick. In addition, there are dome cameras with zoom function, dome cameras that are completely vandal resistant and many other features. The dome camera's is one of the most common appearances.

These are just a few examples. There are a lot of other types of cameras available through Bavak. Think of PTZ cameras (Pan Tilt Zoom) and stainless steel cameras for highly corrosion sensitive environments such as harbours, but also so-called 'onboard' cameras that can be placed without they are seen, or even full explosion proof cameras. Bavak delivers custom made security cameras for almost every situation.

The specialists at Bavak know the security cameras very well and have been realizing successful implementations for years. As a result, there is also a lot of expertise available which we are happy to use to make things easier for our customers.

It really depends on your wishes and your situation which of the security cameras is best for your situation. Please contact our specialists to see which camera can be chosen as the best solution.

Good security requires expertise. Bavak has been providing the best security worldwide for more than 40 years. If you also want to know how, please contact us.